BLIPPI THE MUSICAL TO RESUME NORTH AMERICAN TOUR WITH A SPECIAL STOP IN WARREN, OH ON JUNE 21st

BLIPPI THE MUSICAL TO RESUME NORTH AMERICAN TOUR WITH A SPECIAL STOP IN WARREN, OH ON JUNE 21st

After over 100 performances and multiple sold out shows, BLIPPI THE MUSICAL to delight audiences on June 21st

“Blippi and his friends lead the audience on a journey of discoveries that keep everyone smiling. The show is a rousing success.”

Monday, March 21, 2022 – Round Room Live and Moonbug Entertainment are proud to announce additional performances of Blippi The Musical on tour across North America, with a date in Warren OH on June 21st.  Blippi The Musical is set to bring the vivacious, energetic, and educational children’s character from the screen to the stage for an all-ages extravaganza of fun, dancing, singing and meeting amazing new friends onstage.

“There’s a very clear demand and excitement for Blippi The Musical, as tickets to 2022 performances are selling out,” says Stephen Shaw (the tour’s producer and co-president of Round Room Live). “We’re delighted to be able to bring this thrilling show to additional audiences across the country, while prioritizing safety with venue and health officials in every city.”

“We are always looking for more ways to bring Blippi to fans – and the live shows are an especially exciting way for families to see the character they love in person,” says Katelynn Heil (General Manager of the Blippi franchise). “After a sold-out run, we are excited to partner with Round Room Live again on the live show experience, which promises to bring the Blippi show to life through song and dance for families across the country.”

Blippi The Musical brings the energetic and loveable character Blippi off the screen and onto the stage with world-class production, audience engagement and amazing music. Children across the world have quickly taken to Blippi’s charismatic personality and innovative teaching lessons. In the live show they will continue to learn about the world around them while singing and dancing along with this one of a kind show.

Blippi takes kids on the ultimate play date through field trips and adventures.  Always curious, Blippi encourages learning through playing, doing and exploring. He’s taught millions of kids how to count, colors, letters, and much more. In just a few years since his inception, Blippi has become a global sensation with over 37 million YouTube subscribers and one billion views per month. Blippi is also available on some of the largest premium streaming services such as Netflix, Hulu, Amazon Prime, Roku, Virgin Media and Kidoodle.

In November 2020, Round Room Live and Moonbug Entertainment released the Blippi The Musical Cast Recording for download and streaming on all major music streaming platforms.  The original North American Tour Cast Recording features 13 family-friendly songs from the live show.  Fans can download or stream the cast recording using this link: https://moonbug.lnk.to/BLive.

In just three years, it has become a kids programming powerhouse with a library of more than 550 hours of content, which is distributed on more than 100 platforms globally, including YouTube, Netflix, Hulu, Amazon Prime Video, Peacock, Joyn, Sky and Roku. In May of 2020, Tubular Labs named Moonbug one of the leading digital kids’ entertainment companies in the world based on the total number of minutes watched worldwide.

ABOUT ROUND ROOM LIVE, AN EONE COMPANY:

Round Room Live is a producer and promoter of live entertainment, that specializes in transforming both new and iconic intellectual property into engaging and thrilling live events. Round Room creates unique live experiences tailored to the distinct character of each property and produces the highest quality productions for audiences around the world.

Their current roster of touring theatrical shows includes: Baby Shark Live!, Blippi The Musical, Peppa Pig Live, and PJ Masks Live! Save the Day. Round Room’s Immersive and Entertainment Experiences division is currently touring: Jurassic World: The Exhibition, Mandela: The Official Exhibition and Tupac Shakur. Wake Me When I’m Free, which recently opened in Los Angeles in January 2022. In February 2018, Entertainment One (eOne) acquired a majority position in Round Room Live. eOne is now a division of Hasbro. 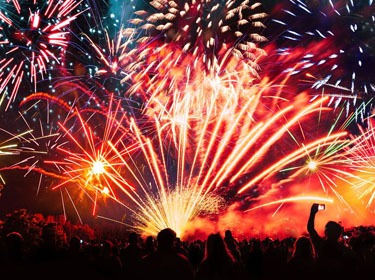