Deciding that a holiday tour with Vein.fm and Laura Jane Grace, alongside the world premiere performance of SIGNALS LIVE in New Jersey (featuring Norman Brannon from Texas Is The Reason and Travis Stever from Coheed and Cambria) just isn’t enough, emo pioneers Thursday have extended the party well into 2022 with the announcement of their first coast- to-coast North American tour in three years.

The triumph and tragedy (and back to triumph) story of the band is well documented, from their humble beginnings in 1997 to worldwide magazine cover success all through the aughts to the kind of renaissance comeback that LL COOL J writes songs about in the 20-teens. 2019 in parKcular was a landmark year. They performed 44 sold-out American shows in celebraKon of their 20th Anniversary and also toured Germany, Holland, England and Japan. At the year’s end, My Chemical Romance hand-picked them as the sole support on their epic return to the live stage at The Shrine Auditorium in Los Angeles. The band invested in shades, as the future and 2020 was looking preMy bright.

Well-intenKoned plans soon gave way to global circumstance and the great isolaKon of March 2020 saw the band pivot to innovaKon when they invoked the DIY spirit that was omnipresent during their late 90’s basement days by mobilizing alongside grassroots cloth cuMers and Dave MaUhew’s fabric factory to manufacture, create and donate thousands of masks to frontline workers in their beloved New York and New Jersey. They also became film makers and created a trilogy quaranKne livestream series enKtled ‘SIGNALS’ between August 2020 and April 2021. Summer 2021 saw vocalist “Geoff Rickly of Thursday” cauKously embark on a solo run before the band teamed up with old friends Taking Back Sunday and Piebald for a September mini- tour. Their triumphant weekend at Riot Fest perfectly illustrated the contradictory duality that the band has always existed in. They were the hoMest Kcket in town on Saturday night at the 400 capacity Cobra Lounge (which sold out in 45 seconds) before playing to 40,000 people the next evening as the sun came down. The following weekend saw them perform at the revived Furnace Fest. An epiphany was had and the sense of community spirit between performer and audience in the shadows of the great Sloss Furnaces was undeniable. The only way to describe the experience was spiritual. The band returned home with one mission – they had to build out those feelings of inspiraKon, community, kindred spirits, phenomenal music and excitement over the course of a tour. They shot for the stars and asked Cursive, Jeremy Enigk (of Sunny Day Real Estate / The Fire The\ fame) and The Appleseed Cast if they would grant Thursday the honor of performing alongside them. They all said yes!

“We couldn’t be more excited about our first full US tour back in ac_on. No exaggera_on: this is our dream lineup. We can barely believe we’ve pulled it off. Friends, heroes and collaborators, all pulling out the stops and turning back the clocks.”

With a collecKve 106 years of existence between the four acts, this tour is a celebraKon of hope – past, present and future. Arguably the most exciKng thing is that this once in a lifeKme collaboraKon was not put together by business people; it was put together by friends calling friends and saying “let’s do this”.

All for the right reasons. See you out there. 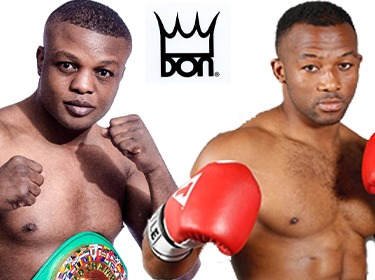